Here is the list of the current dog beaches.

The closest are the following two beaches  at about 20 mns and 35 mns ‘ drive respectively  from the villa :

Badesi : Baia delle mimose. Go through the complex. It is the second beach after the barrier (or the man collecting 2 euros a day to park in the high season. You will be fined if you park nearby without having displayed the ticket in July / August.)

More dog beaches get added every year so watch this space !

You may be lucky and find a beach where dogs seem to be tolerated despite signs stating they are not allowed ( i.e there will be other dogs there and nobody makes a fuss). If your dog is small, it will be easier to go unnoticed and undisturbed.

Beware though that the local countryside police “la forestale” do fine dog owners ( only if somebody calls them to complain about your dog being illegally there.).

Having a rental villa in a glorioius and unspoilt countryside is great. It being set amongst 2 bronze age sites is just unique. But waiting for the bureaucracy to let you put up an above ground pool is infernal : 2 YEARS !! The time , money and efforts (not to mention ” la santa pazienza”) to get here was tremendous.

Still, the paperwork is sorted and we will start building the platform next week. The huge kit itself shall not take more than 2 days (They say 1 but just like Ikea ‘s flat pack furniture, it doesn’t matter how great you are at DIY or building , it always takes longer.)

It will be an above ground pool as there can be no digging as we are on an archeological site. It comes equipped with a salt electrolysis system. The advantage of that system is that whilst the salt content is less than a teardrop, it works as a comprehensive cleaner and disinfectant. No need for 5 different chemicals that would be harmful to your body and the environment. Instead, your eyes remain clear, your skin and hair soft and you can water your plants at the end of the season with it too !

So basically, it will be open for our 1st guests in May. 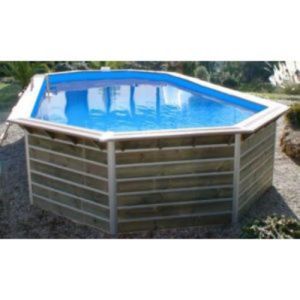 And by this, I mean the countryside is in full bloom by mid February. Our almond tree is gloriously ladden with flowers, lizzards play on the terrace, wild flowers everywhere, bees…  I even saw 2 buterflies frollicking the other day.

Whilst the temperatures of 24 degres sent all the locals to the beach yesterday, this is not normal at all. Whilst back in UK one considers building an arc, here I am worried that a sudden cold spell (which will surely happen at some point) will kill off this year’s fruits and wreck havoc amonsgt the wildlife.

In the meantime, we have been picking wild asparagus. This is our second collection in just over a week and there is more to come.

I am also planning to grow some ginger and make ginger beer. Luckily my partner has brewed that before and we are equipped. And as every year, I will be making some elderflower cordial and if there is plenty to share, I shall leave some for our guests at the villa too.